This mode is used to create combinations of static geometry (combos).

Warning: This feature is essentially useless - see the testing section. The following statement is kept for archival purposes.

It is useful for optimising, as it creates groups of static geometry that will be loaded by the engine as a whole. 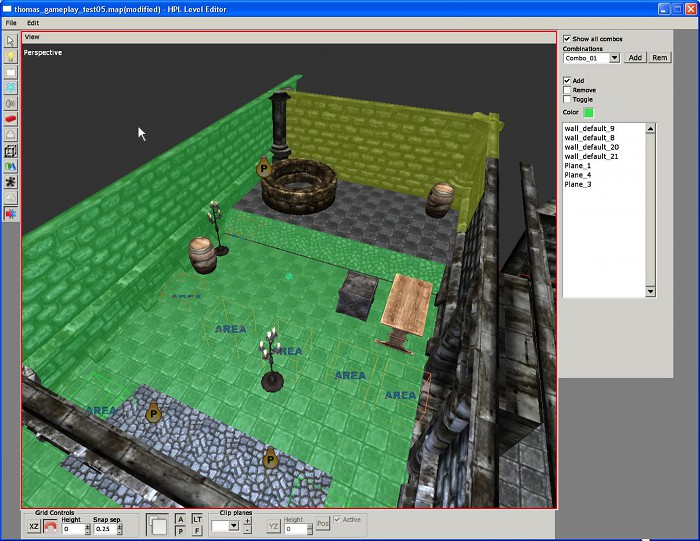 Combos were used only in the following maps:

Except for the sewer, all cases are the only combos in the entire map. They were used to combine big rooms.

The feature was tested using the 02_entrance_hall.map and 22_torture_chancel.map maps. Tests were done on a moderately powerful laptop which runs the base game in about 24 FPS. Frame time statistics were measured using the MapViewer with and without the big combos.

There was no improvement in performance. The only noticeable change was the number of objects loaded into the viewer (which decreased, most likely by the number of objects in the combo). The maps' load times didn't seem to be affected either. Considering the hardware used to run these tests, if the feature really improved performance, it would have been at least noticeable.

The conclusion of the test is that the feature is essentially useless - at least until proven otherwise.