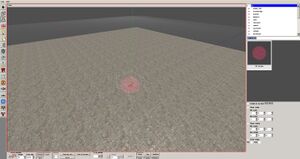 Create an area trigger. Call it rift_1. This is the bounds of the rift so make it as big as the rift area. Select rift_simple_1, go to entity tab and edit rift attributes:

Create another area trigger, name it amulet_tracking_1. Make it the as big as you want the amulet to track the portal - in this area, the Amulet will glow green and point to the rift. In amulet_tracking_1, go to area tab and expand Collide Callbacks. Type in the fields:

CCs of the tracking area

Create a new entity. I believe this can be any entity with collision. This will be part of the portal entrance. I'm using dw_rock_lump_large_4_1. Go into base tab and check StaticPhysics. The game will treat it like a static object now. Name it rift_1_entrance_1. Shift+move or Ctrl+D to duplicate it. The number at the end should automatically go up. You can do this as many times as you want and even change the entity as long as the naming is the same and it should make them all disappear.

Now copy and paste the functions from Footnote 2 into your level script file. If you run your map in the game the rock should now disappear. 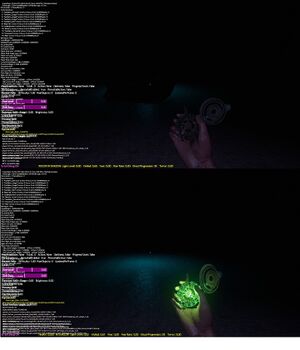 Setting the optional attributes can be used to make your portal look more like a portal. 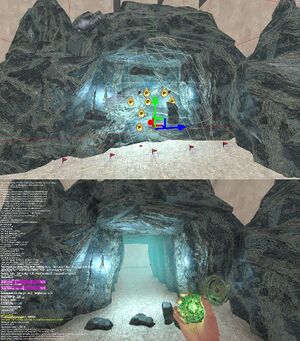 Showcase of a simple rift set-up

Most of them support wildcards so you can have multiple shaking lights or billboards for instance.